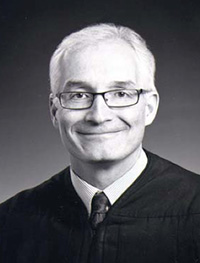 in Ketchikan, Alaska. The appointment was made in late December 2016 and will be for a one-year term, eligible for reappointment.

There are four judicial districts in Alaska, with a presiding judge for each chosen by the Chief Justice of the Alaska Supreme Court. Stephens has served on the Superior Court since 2000. Along with regular judicial duties, he oversees assignment of cases, administrative actions of courts personnel, keeps budgets, and reviews operation of the trial courts.

About Willamette University College of Law

Opened in 1883, Willamette University College of Law is the first law school in the Pacific Northwest. The college has a long tradition at the forefront of legal education and is committed to the advancement of knowledge through excellent teaching, scholarship, mentoring and experience. Leading faculty, thriving externship and clinical law programs, ample practical skills courses, and a proactive career placement office prepare Willamette law students for today's legal job market. According to statistics compiled by the American Bar Association, Willamette ranks first in the Pacific Northwest for job placement for full-time, long-term, JD-preferred/JD-required jobs for the class of 2014 and first in Oregon for the classes of 2012, 2013, 2014, and 2015. Located across the street from the state capitol complex and the Oregon Supreme Court, the college specializes in law and government, law and business, and dispute resolution.