A few years ago, I bought a 1629 Bible from an auction house, sight unseen (except for the title page). When I received it, I was astounded! There, before my eyes, was a perfectly preserved first edition Cambridge edition of the King James Bible – the small folio edition – the New Testament (NT) and the Book of Common Prayer (BCP). In near-pristine condition! Not a mark or stain on it anywhere — okay, maybe one! A remarkable find to be sure.

But my amazement was compounded by the discovery, throughout the NT, of over 110 full-page Old Master engravings dating, it turns out, from the later half of the 1500’s! Wow, I thought, this must be important! And indeed it is. I took the Bible to the Portland Museum of Art which put me in touch with an art historian professor at Willamette University, Dr. Ricardo De Mambro Santos, who specializes in this era of engravings. When he saw the engravings, he nearly fainted from joy. To see up close and handle so many historic engravings was overwhelming. “My friends!” he said, tapping his chest. There are works by Heemskerck, Galle, Cock, Wierix, Sadeler, de Vos, Goltzius, van den Broeck, and many more. We immediately agreed to an Exhibit and Lecture Series as soon as possible. But many questions needed to be answered regarding the Bible’s provenance and choice of engravings. 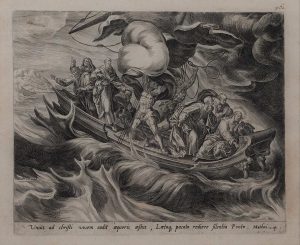 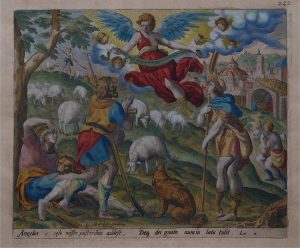 As it turns out – and this is the truly astonishing thing – to our knowledge, this is the only English Bible with engravings dating from the 16th century! [There are just a handful of early English Bibles with 17th century engravings.] 1660 marks the legalization of “pictures” in English Bibles, due to Charles II return to the throne. Our investigation showed that the BCP/NT was “married” to the engravings, very likely in 1660 or 1661, just prior to the introduction of the new BCP in 1662 which effectively made the “marriage” passe. Since it could no longer function as a bona fide “Prayer Book,” it was probably put back on the shelf for the next 350 years, which explains its near-pristine condition.

Internal evidence shows that the book, as it now stands, was likely “created” by George Ritschel, Sr., a Lutheran turned Anglican, and an early Lecturer of Hexham Abbey in Northumberland, UK. The Bible was then passed down through the Clarke family of Lecturers at Hexham Abbey during the early 1800’s. This historic Church, founded in 674, was at first a notable Benedictine Abbey, then in 1170 it became an Augustinian Priory, then in 1534 at the time of Henry VIII’s purges it transformed itself into the parish church of Hexham, to this day. Because of this venerable provenance, we have dubbed the book “The Hexham Abbey Bible”. 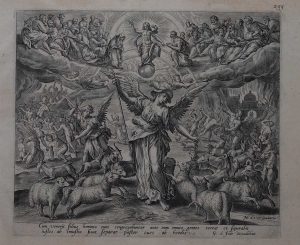